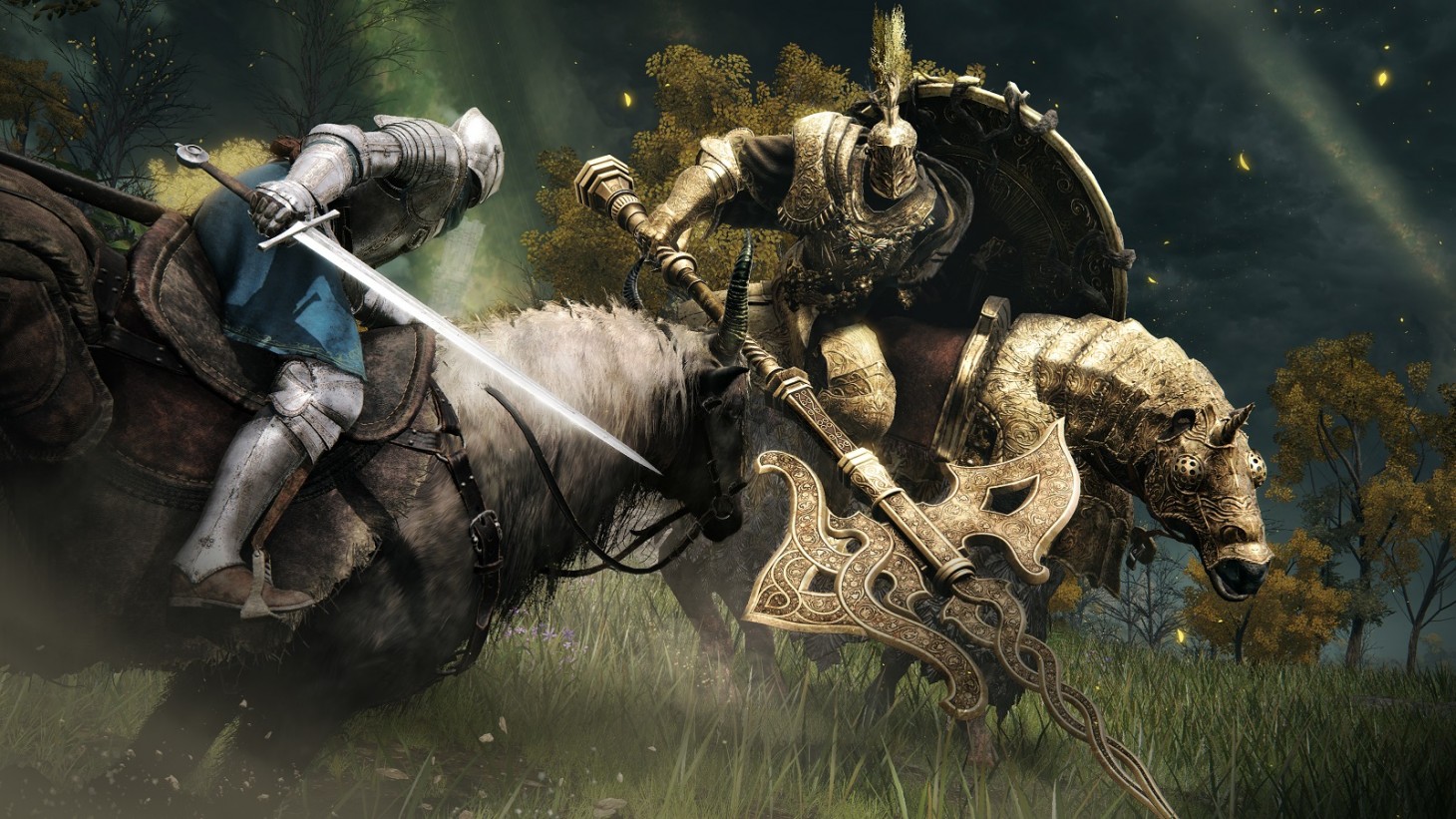 Elden Ring, in true From Software fashion, is tough to tackle. Even though the game is lauded as the most accessible in the Souls series to date (an assessment I broadly agree with) it will still catch an unprepared player completely off guard. The game behaves differently to most of it's contemporaries, embracing punishing difficulty, subversion of expectations and a distinct lack of overt instruction, all of which make it a challenge even for veterans of the genre.

But the difficulty of the gameplay is not the only hurdle players must overcome to become Elden Lord. Indeed, the challenge of understanding the game’s labyrinthine story is a legitimate puzzle in and of itself. It leans into a unique and extremely rewarding method of storytelling and narrative which embraces ambiguity and the famousdifficulty of its gameplay, leveraging both these elements to extremely effective ends.

Aside from a short cutscene at the beginning of the game,which is all but inscrutable to new players, Elden Ring really doesn’t give you much to go on before you take your lovingly crafted character out into the world to get instantly curb-stomped by a monstrous boss with far too many limbs.

One easily missed tutorial later and you’re turfed out into the Lands Between. It is now up to you to figure it out what the hell is going on. Sure, there are a couple of NPCs in the starting area - a creepy guy in a mask who keeps calling you ‘maidenless’ and a Santa-looking merchant in a ruined church - but they don’t have a huge amount to say other than some general pointers. Other than that, you’re entirely on your own. But, if you’re a narratively minded person like me, you already have plenty of questions. What is the Elden Ring? Why did that boss have so many arms? What does an Elden Lord *do* exactly? You won’t find any answers waiting here, so it’s time to explore.

As you travel around the map and get your bearings, slowly but surely, threads begin to emerge, often posing even more questions. Names like Radagon, Marika and Radahn begin to crop up a lot without any explicit explanation of who they are, or what they are doing. Certain locations have enemy types that seem strangely out of place and drop items with descriptionsthat tease at future discoveries. It's tantalising, frustrating, and it really gets it's hooks in.

You soon find yourself adrift in an intimidating number of plots,sub-plots and characters, and a lot can get missed unless you are careful and pay attention. You are rewarded for reading item descriptions, dialog snippets, readable messages and monuments, and careful environmental storytelling. It's not just story you're rewarded with either. Clever players can follow clues which sometimes lead to rare weapons or armour alongside the unshakeable feeling that you got it. This world does make sense. Ever so slowly, a picture begins to take shape, and you will find yourself able to reverse-engineer a story out of each of the fragments you discover.

As the game progresses and you build more knowledge of the setting and its lore, the world begins to morph around you. Locations you previously visited begin take on new meanings, the personalities of characters begin to make sense in surprising and sometimes touching ways, and the game slowly begins to give up its secrets - all the while teasing that there is more to find, just so you don't get bored.

Thematically, this difficulty in grappling with the narrative and its consequences is very real and appropriate. The story of Elden Ring, much like its predecessors,takes place at the very end of a legendary mythic cycle. The main characters: a pantheon of gods, demigods and legendary warriors - are all dead, dying or about to die - usually by the player’s own hand. This world has been built, reached its peak, declined and is now all but ending. You as the player are kind of just rocking up at the very climax of this epic saga to tie a neat little bow on the whole ordeal and maybe stick around to see what comes next.

The slow-burn of beginning to develop mastery of a world whichwas from the outset entirely baffling and alien to you, only to piece together the narrative from the scraps of information you managed to find, and notice leads to enormous emotional payoffs toward the end of the game. To use a personal example from my own playthrough: quite without warning in the middle of a quest, a character suddenly revealed themselves to be a different person entirely. This was made all the more striking as this twist would have seemed totally bizarre and arbitrary- had I not been somewhat obsessively seeking out lore on that specific aspectof the story to progress a completely separate questline! The two threads met and more story emerged. I'm being cagey about spoilers, but it certainly sent a chill down my spine.

And I’m not alone. Elden Ring players and the Souls fan community at large have been extremely responsive to this kind of storytelling. There are a wide variety of forums, chatrooms and YouTube creators heavily invested in 'lore hunting' and building close communities through a shared appreciation of unravelling the game's over arching lore. This experience of stumbling through a story and building an understanding, both alone and together, seems to have taken root in the hearts of a great many fans of the series.

This massive, complex, interwoven backstory has been made digestible because everything has been built on, bit by bit over time. Without realising it, the player has been inducted into the world around them, without the need for any lengthy lore-dumping exposition or reams of text tucked away in a menu somewhere. And the kicker is that this understanding is entirely driven by the player’s own efforts. In this, it closely mirrors the gameplay loopthat has garnered the Souls series such a powerful reputation: an obstacle might seem impossible at first, but there is always a way to surpass that, be it a boss, puzzle, or just figuring out what the hell is going on. The difficulty isn't arbitrary: it's an intrinsic part of the way the story is told and understood by it saudience.

This kind of nonlinear, slow, contextual storytelling is unique to video games as a medium. Embracing the freedom of choice in an open world game, and the interactive nature of the medium itself is something that can’t truly be mimicked by mediums like books or cinema, at least not without very much stretching those definitions. Elden ring and the Souls games are excellent examples of this kind of storytelling - possibly even the definitive version of it, at least currently- but it is present in a wide variety of both Indie and AAA games like Hollow Knight, Hotline Miami and Control to name a few. This kind of story construction embraces challenge as central to a deep understanding of the subject matter. Leveraging this enables it to contribute to powerful emotional investment and satisfying payoffs that keep the player base mulling story beats over long after they quit the game, and makes for highly affective narrative experiences.

Which reminds me, I promised myself I could play some EldenRing after I wrote this. So, I’m going to do that now!